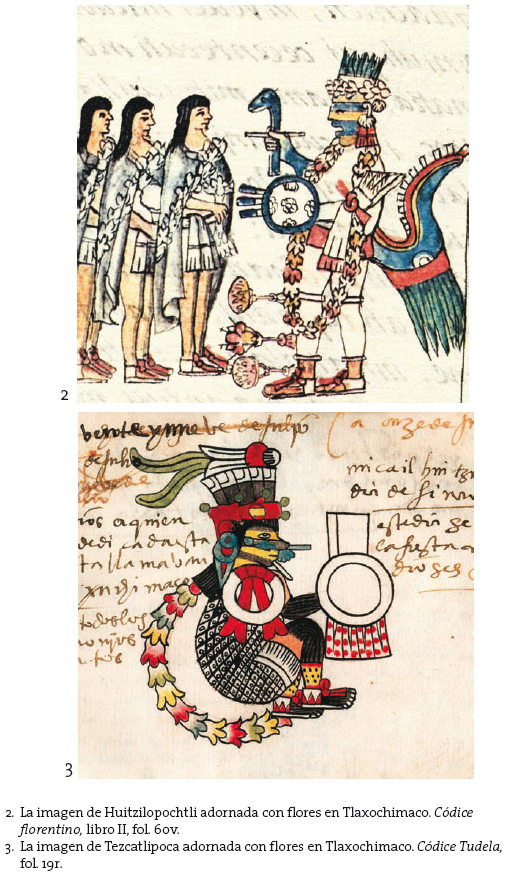 Tlaxochimaco takes place from August 8, 2014 to August 27, 2014.  It is during this month that the people traveled throughout the country and up the mountains to gather flowers.  They then strung them together into wound garlands which were placed on the statues of the teteo.  The flowers that were used were varied and included dahlias, hummingbird flowers, mountain tagetes, ranunculus bocconias, tiger lilies, plumerias, tagetes, lobelias, white water lilies, red water lilies, and castalias.  Throughout the month, after the flower garlands were placed on the statues, people gathered together to make turkey tamales and they also sang and danced.  The dances were were backed by the rhythm of the drums and the women and men danced together while grasping each other’s hands on one side while on the other side they rested their arms around each other’s necks.  At this time, only the old women and men were allowed to drink  (Florentine Codex, Book 2, 108-110)

Previous Post: Huey Tecuilhuitl: a month of giving to others
Next Post: 1 Flint, Day-Sign of Mixcoatl and Huitzilopochtli