When it comes to constellations in the Azteca/Mexica culture there is not much information left for us. This is unfortunate because it is clear our ancestors tracked many celestial objects and an examination of our constellations would have given us critical information about how they viewed the cosmos through their specific cultural lens.

The Sources
The only primary sources that offer information about constellations that we have available to us is the Primeros Memoriales by Fray Bernardino Sahagun and the Ancient Calendar by Diego Duran. Sahagun had his Nahua informants draw constellations but Sahagun did not make an attempt to identify which star groups they represented. 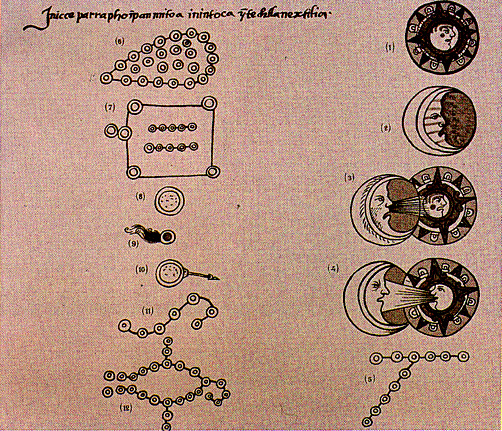 Constellations from the Primeros Memoriales

Duran gave detailed descriptions of several constellations but like Sahagun, did not make an attempt to identify which star groups they represented. Tragically, many of the images his informants drew were lost when they were accidentally cut from the book during binding.

Attempts at Identification
The prominent archaeoastronomer Anthony Aveni and others have made attempts to identify the constellations documented by Sahagun and Duran but unfortunately there is simply not enough information available to be 100% certain and thus their work is tantamount to educated guesses. 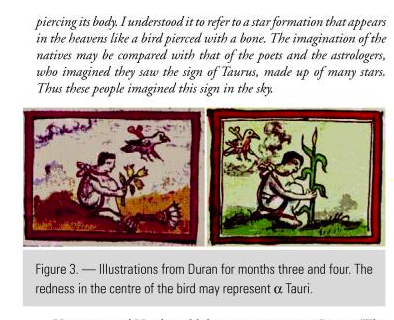 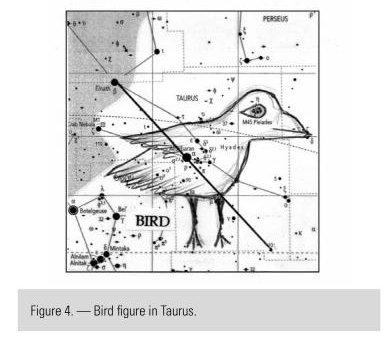 Robert McIvor attempted to correlate Duran’s constellations to star groups. His work can be found here 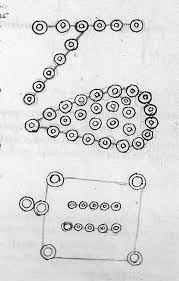 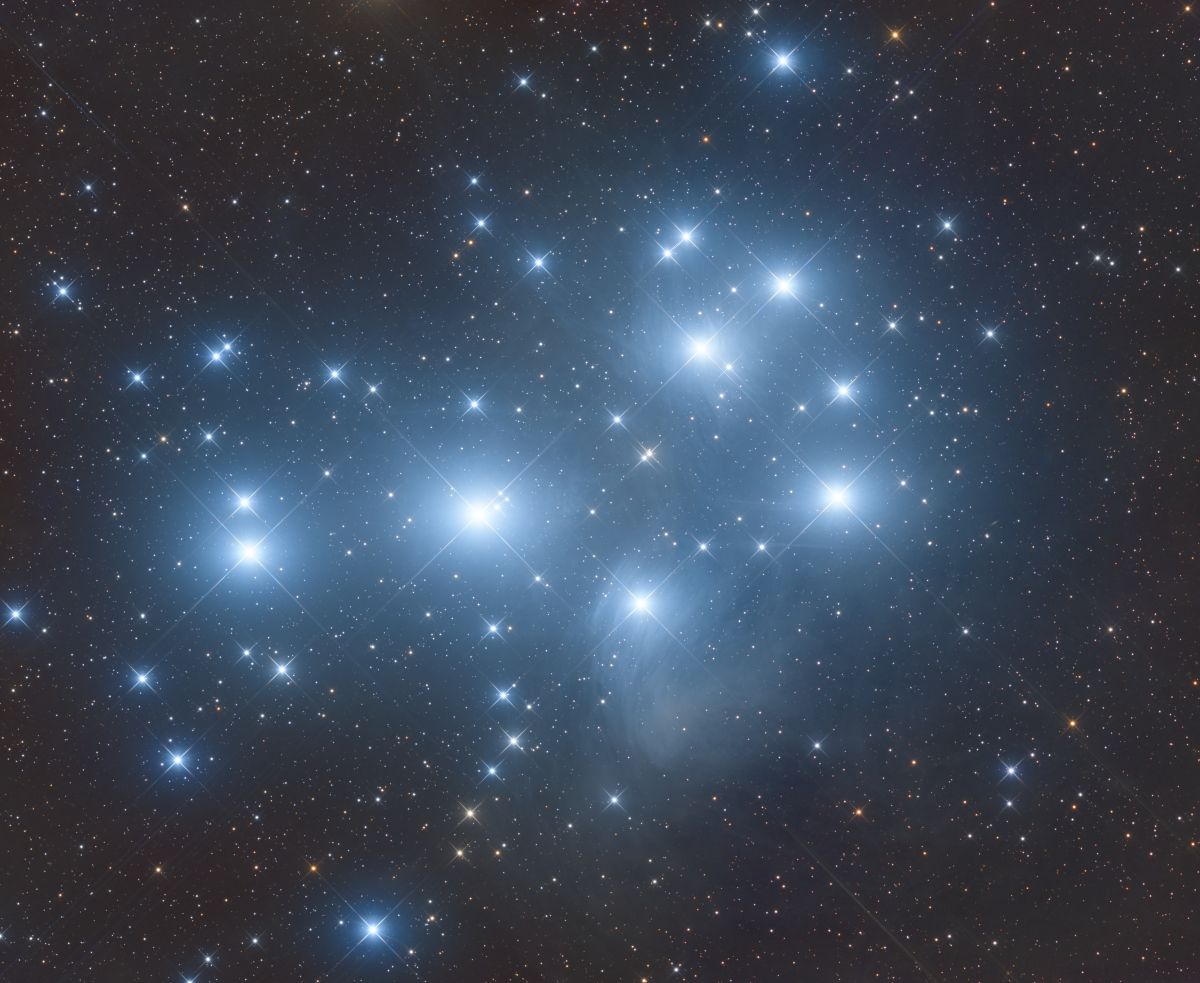 The tianquiztli constellation in Sahagun’s image has a very distinctive shape and several stars within it. These two traits make it much easier to identify in the sky. When looking at Sahagun’s image side-by-side with an image of the Pleiades constellation in the sky it is very clear the shape and stars match exactly. Bolstering this identification is the prominence of Pleiades in many related cultures such as the Navajo, Maya, Mixteca and Hopi. 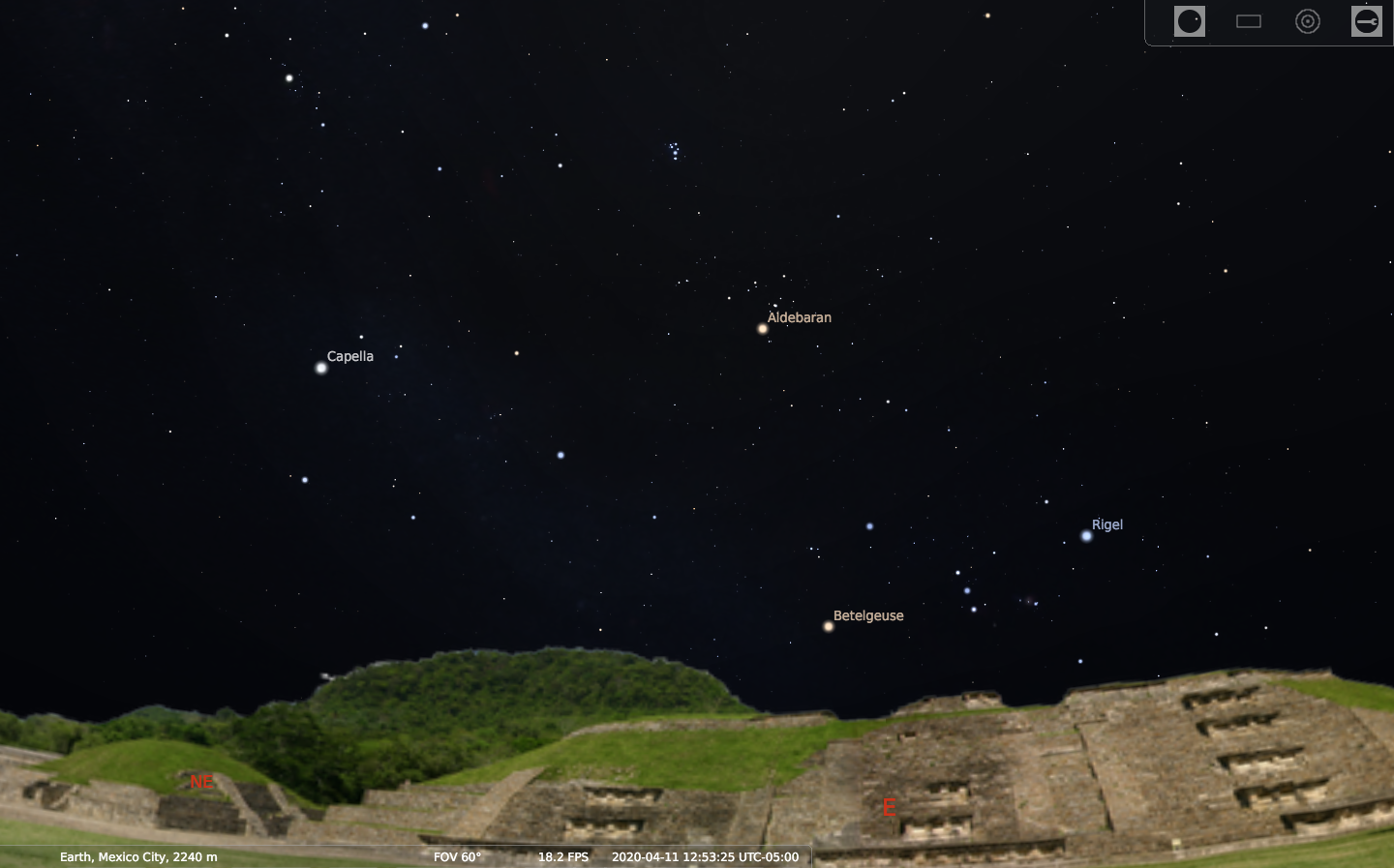 The Tianquiztli in the night sky in Mexico (enlarge to view)

The Cultural Significance of the Tianquiztli
The great thing about constellations is that every culture sees something different precisely because they are viewing the stars through their own cultural lens. The Chorti Maya of Guatemala for example see seven kids whereas their ancient Maya ancestors saw a rattlesnake’s tail. For the Azteca/Mexica they saw the Tianquiztli, a cultural tradition so important that it has continued unbroken to the present day in virtually every part of Mexico. The tianquiztli today is more commonly known in Mexico as the weekly tianguis. In ancient times the tianguis was considered to be an obligation to ensure that every village had the supplies it needed. It took place every five days and it was a source of great entertainment for everyone involved. In his book Book of the Gods and Rites, Diego Duran goes as far as to say “If I said to a market woman accustomed to going from market to market: ‘Look, today is market day in such and such a town. What would you rather do, go from here right to heaven or to that market?’ I believe this would be her answer: ‘Allow me to go to the market first, and then I will go to heaven.’ She would be happier to lose those minutes of glory to visit the market place and walk about hither and thither without any gain or profit, to satisfy her hunger and whim to see the tianguiz (page 275).” On that same page Duran goes further to share a story of an old Nahua woman of more than 90 years old who lived in Mexico city. Duran shared that the woman never wanted to go to church and used her advanced age as an excuse but that he’d see her walk to the tianguiz every week. One day on her walk back from a tianguiz she fainted and fell dead on the road. Her children and grandchildren decided that since she loved the tianguiz so much that she should be buried in the marketplace itself. Therefore, the tianquiztli was so important to our ancestors that they saw it even when they looked into the sky. Next time, when we look in the sky and see the tianquiztli constellation we should remember how important the tianquiztli was to our ancestors and be grateful that it has survived to the present day.

Previous Post: The Mathematical and Scientific Significance of the Winter Solstice in the Mexica/Azteca World-View
Next Post: Got Native American DNA? Find Your Tribe