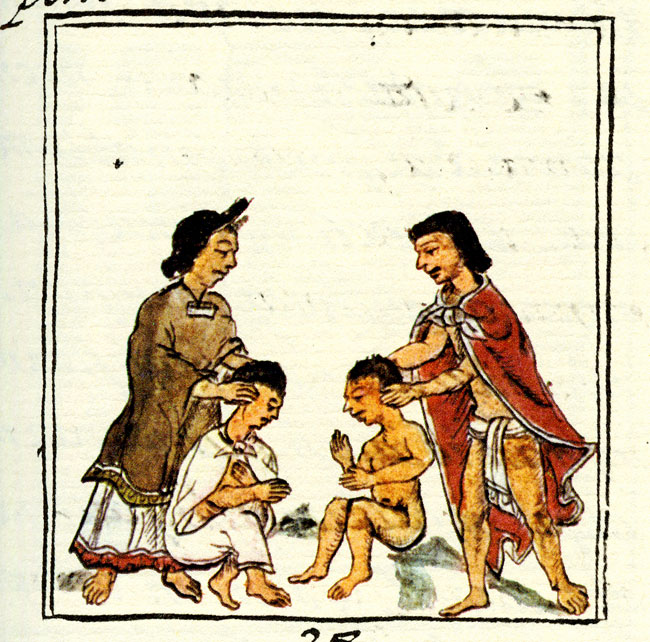 Izcalli is the seventeeth month of the year.  This month was devoted to both Xiutecuhtli and children.  The word Izcalli translates to “the growing” and during the month, parents lifted their children by their neck to represent their growth. 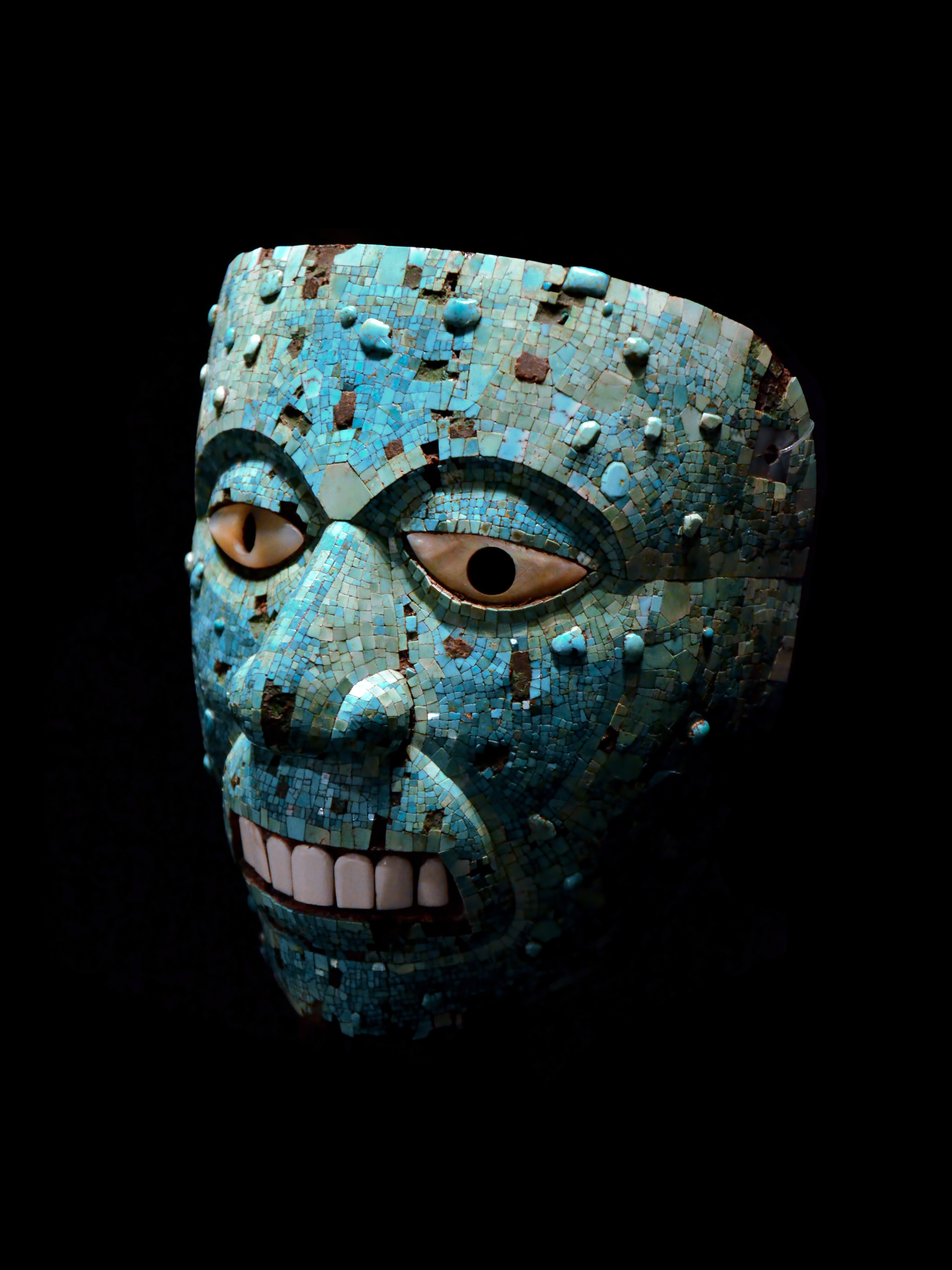 “On the tenth day of this month they made a new
fire at midnight, before the image of Xiuhtecutli,
which was] very curiously adorned. And, the fire
having been lit, then, in the morning, the young men
and boys came, and they brought various animals
which they had hunted in the ten preceding d a y s –
some water [animals] and some land [animals]. And
they offered them to the old men who were charged
with safeguarding this god. And these cast into the
fire all of those animals, so that they would cook.
And they gave each one of these young men and
boys a tamal made with amaranth, which they called
uauhquiltamalli, which everyone in the city offered
upon that day. All ate of these in honor of the feast
day. They ate them very hot, and they drank and
made merry” (Florentine Codex, page 33). 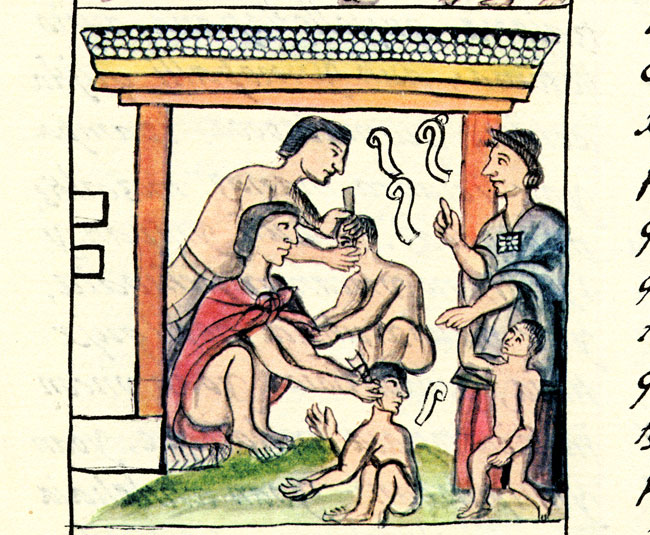 It was still early morning when was begun the
piercing of the ear [lobes], when they pierced the
ear [lobes] of the small children. And they pasted
them with yellow parrot feathers and with soft
[white] feathers which went mingled with the
yellow ones.
And for a gift they made pinole.23 And the
mothers sought out some brave warrior, perhaps a
seasoned warrior or a leader of youths who might
wish to be as a parent, thus to become [their children’s]
uncle. Also some sought out a woman who
might be as an aunt.

They gave gifts to the man; they gave him perchance a tawny cape or a coyote fur cape. And also
the woman was given gifts; they also gave gifts to
her.  And when there had been the piercing of ear lobes
, thereupon they took each of the children to
singe them . They laid a fire, they made a fire; indeed
much incense did they spread on the fire.
And hence was it said: “They are singed.” The
old men of the calpulli were spread about taking
the small children; they were spread about dedicating:
them over the fire. Then they were spread about
giving them uncles and aunts. And it was as if the
children kept crying out, it was as if they whimpered.
Then they went each to his home.
And when they had gone to their homes, thereupon
there was eating, there was drinking on the
part of each one.
And when the singing and dancing were begun in
the temple, it was noon. Then once again there
was going to the temple. The uncles [and] the
aunts carried the children. Those who carried things
went with the pulque; what was poured they carried
in small gourds, some in earthen jars. And when
they went to arrive, there was singing there. Then was quieted the dance; they carried the children on their backs.  There they were spread about giving
them pulque; they went giving it to them; they gave
it to one another.
And for drinking, for drinking the pulque, there
were quite small drinking vessels; only exceedingly small ones.  And all were giving pulque to the small
children.  Hence this was named “pulque drinking for
children.”
And in the evening, when there had been ceasing
on the part of each, there was going on the part of
each to their several homes. And when there had
been going on the part of each to their several homes, once again they danced in their courtyards.  All the kin of those who celebrated, each one, drank pulque – the revered old men, the revered old women  (Florentine Codex, page 164-165).